Implementing a Retry Logic with RabbitMQ and the Mule AMQP connector 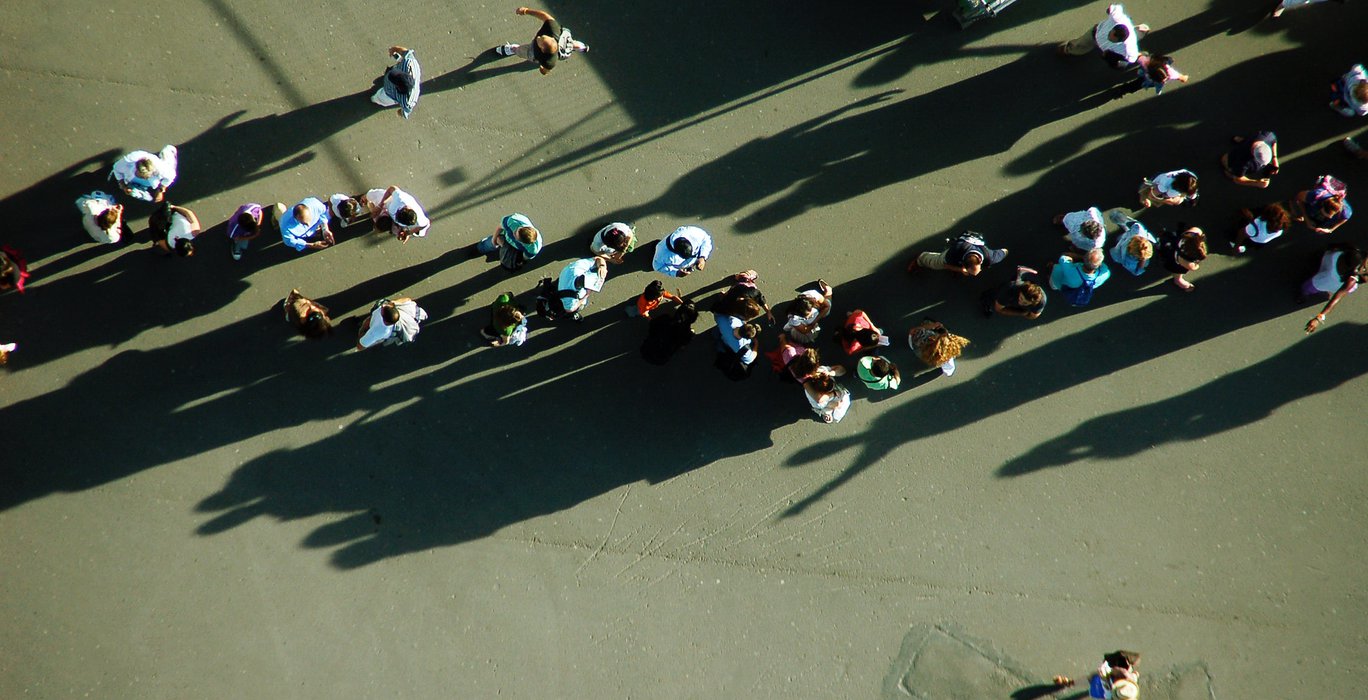 A typical scenario in a distributed application is to have a requester service that sends a command message to another processor service to perform some action. However, it often happens that the execution of the requested action fails, and the processing should be retried several times, possibly using exponential backoff, before renouncing and reporting an error2.

This re-attempt to execute logic goes under the name of Retry logic, and it is often supported by modern message brokers, although with different levels of sophistication.

RabbitMQ is one of the most advanced and widely deployed open-source message brokers.
There are many situations where RabbitMQ is the chosen message broker for Mule integrations, e.g., when:

Unfortunately, RabbitMQ does not include a Retry logic out-of-the-box, and further work is needed to implement this functionality. In this post, we show how to design and implement a Retry Logic with RabbitMQ and the Mule AMQP connector.

We start with a gentle introduction to RabbitMQ and how to use it in a Mule application through the AMQP connector. We follow by describing how to retry a failed processing in distributed and message-driven systems. Then, we illustrate our solution to implement a Retry logic with RabbitMQ. Finally, we demonstrate the solution with code and step-by-step instructions.

“RabbitMQ is a messaging broker - an intermediary for messaging. It gives your applications a common platform to send and receive messages, and your messages a safe place to live until received.”

In RabbitMQ, messages are routed through Exchanges that are bound to Queues.
A publisher only needs to specify the exchange name and routing key to publish a message successfully.
When a message arrives in a queue and a message consumer is available, it consumes the message. This is illustrated in Fig. 1.

There are four Exchange types for different types of routing:

Finally, RabbitMQ supports several protocols. AMQP is the primary protocol supported by the broker. Mulesoft provides a fully compliant AMQP v 0.9.1 connector that we can use to connect to RabbitMQ.

In distributed and message-driven systems, we should embrace the fact that the processing of a requested action, or of an action triggered by the reception of an event, may fail for different reasons, and the processing should be retried several times3.

Let's consider a common scenario where a requester service sends command messages to another processor service to perform some action.

This simple scenario can be implemented using a Request-Reply pattern. Fig. 2 helps to illustrate this.

A Requester component sends command requests (e.g., new_order) through a Request channel and listens for responses in a different Reply channel. A Processor component consumes from the Request channel, processes the requests, and publishes to the Reply channel on a successful computation. In case of errors, instead, it publishes to an invalid request or a process error channel. The difference is that we use the invalid request channel to diagnose integration issues (e.g., the Requester missed to send a required field in the message) and a process error channel to report on application errors due to the processor. Finally, every channel has a Dead Letter Queue, used when the messaging system can't deliver a message.

To handle processing failures, we use two Retry channels: 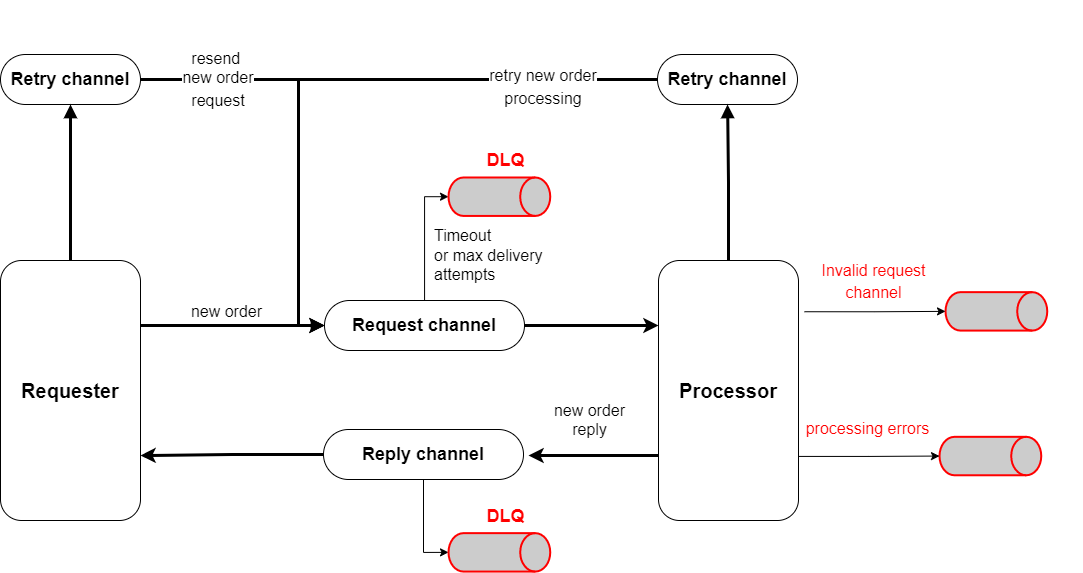 Designing a Retry Logic for RabbitMQ

A message in RabbitMQ is immutable: once a message is produced, none of the message, including the header, properties, and body, can be altered by an application unless republished as a new message.

This means that we can’t add a retry counter in the message.

Our solution is based on two components:

Then, imagine that a command message arrives in the request queue and is consumed by the Processor. If the requested processing fails but should be retried, we:

For example, Fig. 3 illustrates a RabbitMQ’s design diagram of the command example shown in Fig. 2. In this design, we only implemented the retry strategy of the processor (the implementation for the requester is similar). Further, we ignore the invalid channel queue. Finally, to improve information hiding, we used an internal Exchange for supporting private operations. In fact, internal Exchanges can’t be accessed from outside but only from other Exchanges. 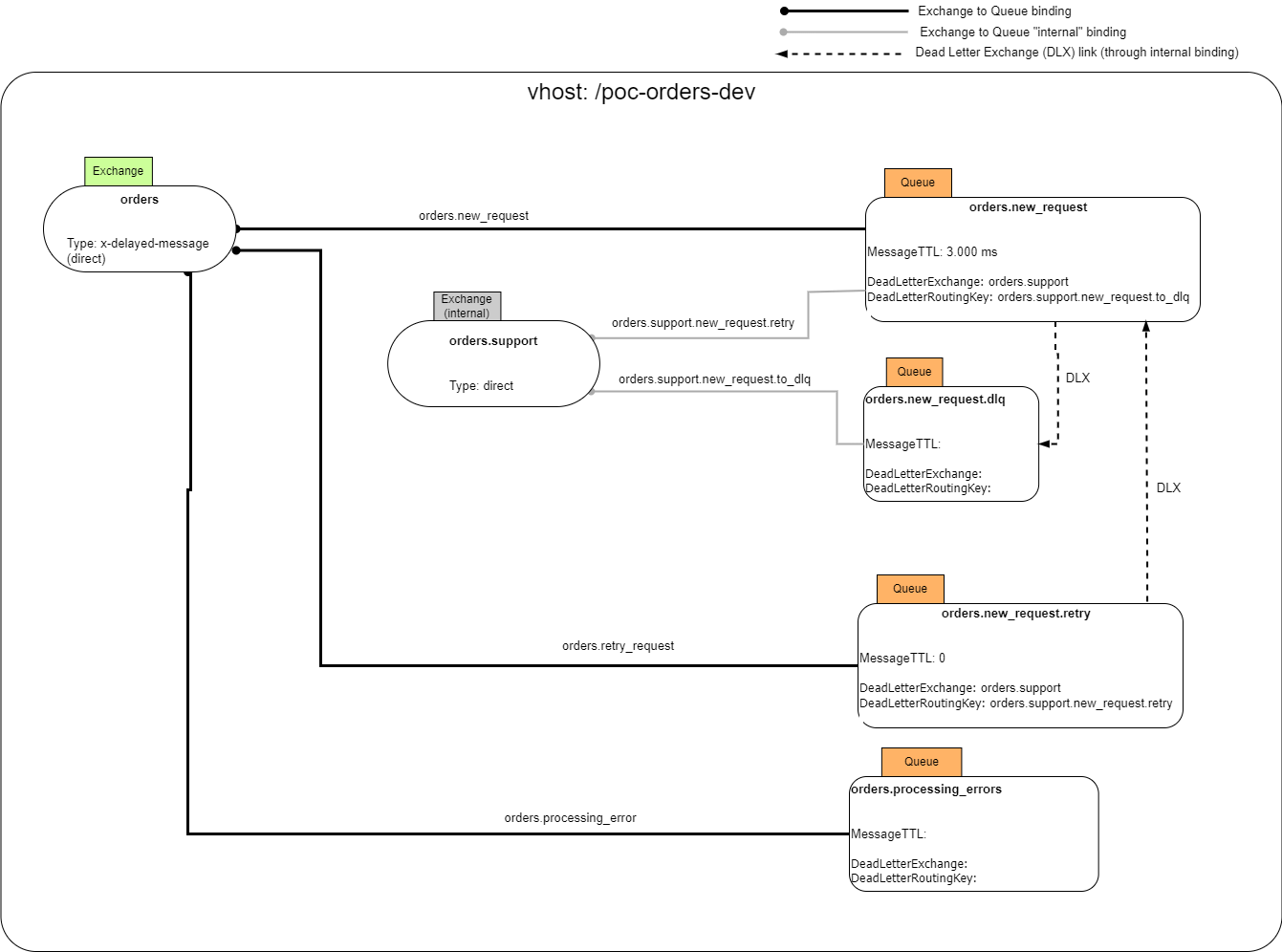 Demo code with step-by-step instructions is included in the Mulesoft Meetups Cosenza repository.

The demo code is a single Mule 4 application consisting of two main flows that implement the use case of Fig. 4:

Usually, Requester and Processor are different applications. For ease of illustration, we do not implement a response channel or an invalid channel in our demo. 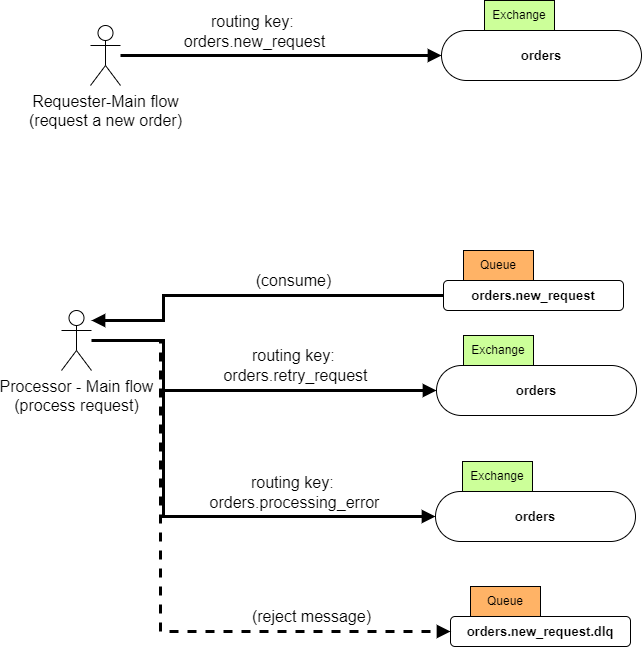 2 In this post we focus on commands messages and the resulting orchestration driven architectures. However, the same retry logic is also needed, in the receivers, when an action is triggered by an event message.
3 See A Note on Distributed Computing by J. Waldo for more information about failures and partial failures in distributed systems.